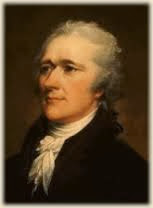 Name perhaps the only two self-made men at the 1787 Constitutional Convention in Philadelphia.

A. Ben Franklin. And Alexander Hamilton

Every other delegate appears to be a scion of one of the foremost families of the various states. 70%+ of them were lawyers (of course).  Most if not all had significant wealth, property and slaves, even in the northern states, all inherited from their fathers and grandfathers. Many of whom received large tracts of land granted to them from the King of England through the Proprietors or the royal governors for deeds done in the name and glory of England and the British Crown.

John Adams billed himself as a farmer but he was also a well-respected lawyer who must have done pretty well at that. He was so good that he was selected to be the defense lawyer for the British soldiers who killed American colonists during the Boston Massacre so he must have been pretty successful as a lawyer to have the skills (and guts!) to argue in their defense for a fair trial. (They got off)

But when you think about it, Alexander Hamilton (and Ben Franklin) embodied the very essence of what the 'American Dream' was all about in the first place:


'A nation where free people can make independent decisions and lift them up as high as they want to go, and can go, based on their own hard work and merit.'

Alexander Hamilton was born of an uncertain birth and grew up in poverty and the squalor of St. Croix amidst the horrors of the Caribbean slave trade. He held strong abolitionist sentiments his entire life as a result of that upbringing as he progressed from trade clerk to lawyer to soldier and then statesman.

Colonel Hamilton always chafed at the notion of deferring to French nobles who wanted to help the Revolution who had limited experience but lots of baubles and medallions on their blue and red French uniforms. He often wrote of America being a 'meritocracy' which, come to think of it, might have been a better word to use in many ways instead of solely limiting America to a 'democratic republican' form of government or 'participatory democracy'.

A 'Democratic Republican Meritocracy' might be a better way to describe what most people believe in in America today and in the past. And we hope always in the future.

To return to Hamilton though, many conservatives recoil in horror whenever the name 'Alexander Hamilton' is brought up.


'It is because of Alexander Hamilton that we have this explosive monolith of a federal government today in the first place! He was damn near a monarchist who wanted central power to be controlled with a strong executive out of Washington, DC plus he was arrogant, obnoxious and he probably got what he deserved when Aaron Burr shot him in their duel at Weehauken!

And he started us down the road to the Federal Reserve by advocating for the first national bank! Plus he was a Federalist! I hate those guys!

And he is no Jefferson! Or Madison either!'

Well, who is nowadays? Or ever was, essentially because America has not been the agrarian, tiny local government paradise that Madison and Jefferson dreamed it would become. Especially not since 1933 when FDR took office and the US was in the midst of the worst depression we have seen in modern times..until 2008 that is.

Besides that, Hamilton's vision of what the American government was going to become one day in the future 'won out'. Big time over the last 2 centuries. The Jeffersonian/Madisonian dream of a far limited government has been overrun by Big Statists since 1933 but especially since the 'Great Society' days of LBJ in 1965.

Perhaps both the right and the left need to take a closer look at Hamilton's own writings and feelings about the role of government in America. It is almost impossible to read them all since he may have been perhaps the most prolific political writer America has ever seen, both on a policy basis and advocacy basis, most popularly known under his pseudonym, 'Publius' when he penned many of 'The Federalist Papers'.

Here's just a few quotes from the great biography 'Alexander Hamilton' by Ron Chernow that should give cause to everyone to rethink what even the most expansive thinker in the Founding Brothers/Fathers thought about the proper role of self-government in America. It may help bring us back to our senses...at least some:

If you want to learn more about Mr. Hamilton, we strongly suggest you buy Chernow's book for yourself for Christmas, as well as his book on Washington and any of the other great books on the Founders you can find. (We will help you if you don't know where to look)

One key thing to think about this holiday season is what would both Alexander Hamilton AND Thomas Jefferson and their followers think about the profligate, wasteful spending and the interfering rules and regulations we have allowed our own federal government to use today?

We think they would be horrified.

Alexander Hamilton was Gen'l Washington's chief aide-de-camp and just itched to get into battle for 5 years before Washington offered him a post at the climactic Battle of Yorktown. He was one of our most important cogs in the American victory over imperious, capricious British rule. It can hardly be said he did all of that work and made all the sacrifices of a citizen-soldier from 1776-1781 just to replace one monarchy with another.

It is really not the 'fault' of anyone in our past that we have the spendthrift, overly expansive government we have today. Not Hamilton. Not Henry Clay. Not FDR. Not even Lyndon Baines Johnson and the Great Society.

It is the collective 'us' living today. Conservatives, liberals, independents and libertarians all need to read about what our Founders such as Alexander Hamilton and Thomas Jefferson had to say about what their vision was for self-governance in America's future.

Both of them were closer in thought and political philosophy than what you may have been led to believe.

Maybe then we can go about repairing the things that ail us.