President Obama: 'We Believe In the Free Market and a 'Light Touch' When It Comes To Regulations' 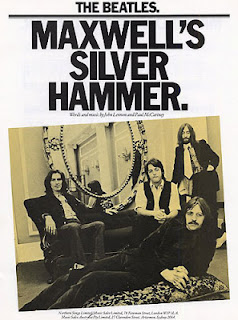 President Obama went to another fundraiser at another wealthy private residence in Palo Alto, California on June 7 and gave another speech to raise more money for the Democratic Party.

You'd think that with all the problems we are facing as a nation right now; budget deficits, debt, unemployment to name 3, and all of the exploding scandals in Washington besetting his Administration; IRS; AP; Benghazi, NSA snooping into your private records, that President Obama might just forgo fundraising for awhile and focus on doing the job he was elected to do:

Instead, we have a President who really and truly and honestly seems to love to campaign more than governing. Bill Clinton liked to campaign a lot as well but he at least had the common-sense to hire people such as Erskine Bowles to do the dirty work necessary such as sit down with 'the other side', as President Obama is fond of calling the 'Dark Side Republicans' in Congress, and wrestle with the hard issues until a true compromise could be hammered out to solve the problems we face.

Mr. Bowles took on the onerous task of actually sitting in rooms with the likes of Newt Gingrich, Dick Armey and Tom DeLay in 1996-97 and they hammered out an agreement to reduce the rate of growth in federal spending by over $500 billion in five years that led to the last balanced budget we are currently projected to see in your lifetime.

Can you imagine that? Someone in a Democrat White House actually sat down in the same room with the Darth Vaders of the Republican Congress and worked with them until an agreement was made.

Here's the text of President Obama's most recent fundraising speech where he talks about how reasonable he and the Democrats are and how they love free enterprise:

We haven't seen a transformation as stark as this since the Democratic National Convention in Charlotte last year! Why, if you haven't followed the Democratic Party closely for the last 30 years, you would have thought that you were at an Amway convention in Charlotte the way they extolled the virtues of hard work and determination and the American Spirit last September!

Nothing could be further from the truth. There is no 'light touch' when it comes to the heavy-hand of the US federal government coming in to tell you how to run your business better than you know yourself.

The 'light touch' of the Obama White House when it comes to regulations has been a hammer the likes of which Paul McCartney wrote about was used by a disturbed youth named Maxwell Edison in 'Maxwell's Silver Hammer'.

That is not just us talking. How about the conservative Heritage Foundation? Here's what they say about the 'light touch' of regulations under President Obama for these past 4 years:

How about the more liberal 'OMB Watch'? What did they have to say about the 'light touch' of the Obama Administration in their first term?
If you know of anyone who has started a business or run a business over the past 4 years under President Obama, you can just sense the angst and frustration they feel every time you speak to them, can't you?

There is this palpable sense of fear that another tax hike, another regulation is just around the corner with these guys and women in the White House. And now with the revelations that the Obama White House has been engaged in a lot of skulduggery and very questionable if not illegal wiretapping, surveillance and targeting of folks they disagree with, that fear has become manifest as truth.

We can go along with people of different political persuasions as long as we think they are being truthful and honest. Lying and duplicity doesn't work for us or for anyone else who has been engaged in the governmental political process for any length of time.

Here's an edited, more likely 'true' version of the President's speech clip above had he been given a truth serum injection before starting to speak at Palo Alto on June 7:


'It turns out we're pretty much elitists who have gone to tony prep schools and been taught by some very liberal professors in the Ivy League.

We don't really believe in the free market.  We believe in a monitored, regulated economy where people can't become excessively rich anymore (such as all of you I am raising money from here in this spacious mansion in Palo Alto, the epicenter of the Silicon Valley wealth explosion over the past 30 years).

We believe in a 'heavy hand' when it comes to regulations.  We know most American businesspeople are too stupid and too greedy to do the right thing on their own each and every day when they go to work. We don't trust them to make their own decisions. So we have to make those decisions for them.

But we do think that there's a role to play for government. As in the starring role of 'Evita' or when Michael Jordan played for the Bulls: 'As long as everyone understands I have to touch the ball every time we have possession and I have to shoot the ball almost all of the time, then that is the role I think government should play in your lives in America'

You are free to agree or disagree with this edited version of the President's speech on June 7. If you don't read a Telemachus posting ever again, you will know that the NSA and the Obama White House have taken offense at this version as well.

To learn more, visit InstitutePublicTrust.org
Posted by Frank Hill at 5:42 AM