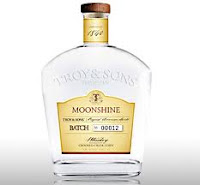 The authors of this otherwise very educational and helpful primer on federal budgeting, 'White House Burning: The Founding Fathers, Our National Debt and Why It Matters to You' conclude their 'recommendations' with this honest disclaimer:


'Because there is no such thing as a free lunch, our proposals largely fill the long-term budget gap by increasing tax revenues. People who evaluate the federal government solely by the dollar value of taxes and spending will object that our proposals amount to 'big government'.

That is an understatement if there ever was one.

We will go even a step further:  'If you want to see what an unfettered President Obama would do in his second and last term if he also had congressional majorities in the House and the Senate, this book would be the 'roadmap to the future' for them'.

Apparently, these guys only read the ‘Revenue’ part of the CBO book, ‘Revenue AND Spending Options’ they refer to over 100 times in their footnotes.

We still strongly suggest you read the book, primarily for its educational value and extensive and complete footnotes and references just referenced.

We also 'strongly' recommend that you also buy a fifth of the truly great new North Carolina product from Asheville, Troy & Sons ‘White Whiskey’ Moonshine, and take a jiggerful shot each and every time you read the words 'higher taxes'.

Cause you are gonna need it.

Within about 3 pages of Chapter 6, you may be rendered speechless by the depth and scope and breadth of their tax-hiking prowess...and then by the Troy & Sons ‘White Whiskey’ itself. (Please use responsibly!)

When we started reading the book, we thought:  'Finally!  An honest and open look at all the underlying intricacies of the federal budget, on the revenue, tax expenditure (loophole) and spending sides, all being fairly discussed out in the open by economists one typically would expect to be supporters of the Obama Administration!

We were actually thrilled to see any liberal economist or politician actually quote the 'invisible hand' theory of none other than Adam Smith who wrote 'The Wealth of Nations' the same year, 1776, that Thomas Jefferson penned The American Declaration of Independence.

And our heartbeat skipped a beat as we were reading about the 'necessity' to curb health care costs in the economy generally which we all know is the prime determinative driving upwards force on our federal budget through more than 3 times the average rate of inflation in Medicare, Medicaid and the various health benefit programs in the VA, the Pentagon and every other governmental agency.

Alas, we were wrong and left hanging at the altar like some jilted groom. Honestly, it appears as if these authors have never seen a federal program in need of reduction, reform or elimination.

They obviously have never sat in any House Budget Committee hearings then.

However, the basic premise of this book does allow us to set up a contrapuntal argument to most everything these authors recommend.

(It still is a very useful reservoir of information though and worthy of your reading, trust us.  You will learn tons just from reading this one book)

Here are some fundamental retorts to most of these guys' general observations which, had they included these in their book, would have made it far more 'balanced' and believable as a 'serious' budget recommendation that Congress could and should consider:

Retort #1- We are supposed to be living in a free enterprise/capitalistic system, aren't we?  Isn't that why we have 'private' insurance companies that will insure your home, your car, your life, virtually everything you own?

Let 'insurance' be true 'insurance'. Let the government defend us and take care of the things that the private sector does not do well such as build roads, maintain laws that protect our property rights and commerce and ensure peace in our nation.

Is it the proper role of the federal government to provide 'insurance' for everything from health coverage to bailing out Wall Street to providing crop insurance for farmers and flood insurance for wealthy people who build expensive homes on the coast where hurricanes can rip them to shreds...which means the federal taxpayer will help them rebuild it?

We are not sure that the Founders thought the federal government was set up to be the ultimate 'backstop' insurance company for every negative contingency that happens in life. Ben Franklin started one of the first life insurance companies in America...and got pretty darned wealthy doing so as well.

Retort #2- SS is broke, to the tune of billions of dollars per year. Payroll taxes are not even paying the current obligations of retirees, much less setting aside enough money in a true financial instrument to pay for anyone in the future.

How about a serious and honest debate on the merits of shifting to something along the lines of the Chilean Social Security system which started in 1980, long about the time many of us started working, and which allowed each Chilean citizen to put aside a fixed amount of their monthly salary into an individualized Social Security account?

Result? An average Chilean could retire today with a $223,000 cash payment in hand PLUS an average annual pension of $53,000 to be used to pay for expenses in retirement.

Today’s average SS payment is about $13,000 PER YEAR to the average American.

The argument could be made that supporters of the status quo in Social Security are actually working against the better interests of the average American citizen, couldn't it?

The Chileans win!  Hands-down.  Let's have an honest open debate about it in public like during a political campaign. That is how American politics dealt with slavery, women's suffrage and civil rights, you know.


Retort #3- When was the last time these authors went to the Post Office? Or the DMV?

Does anyone really believe the federal government can do a more efficient job of running our health care system 'at a lower cost over time'?

There was one brief mention in the book about some of the intrinsic upwards cost-drivers in health care but there was no mention of asking the Obama Administration to lead an effort to combat all of these for the general good of our nation.

We have named them before, so we'll name them again: tort reform; malpractice insurance reform; eliminating the conditions that lead to excessive 'defensive medical practices' by doctors and hospitals alike; duplicative medicine; false filing for Medicare/Medicaid claims...the list goes on seemingly forever.

Focus on these first...and the rate of inflation in medical costs will start to moderate and then perhaps plummet as private insurers start to see their claims go down.

4).  There is no substitute for higher taxes and eliminating all tax loopholes to balance our federal budget.


Retort #4-  Yes, there is. Read the 'Spending Options' of all of the books and reference materials you cited in your very own book. Just holding the federal government growth rate to around 2% per year will balance the budget before 2020, depending on whenever this economy turns around.

Still, all-in-all, you should read 'White House Burning' and read it soon. You'll know more about the federal budget than you do today. We just wish the authors had practiced what they initially were preaching: Use history as a guide to get fair and balanced results from our government.

To learn more, visit InstitutePublicTrust.org
Posted by Frank Hill at 4:30 AM