What Should We Do About All These Illegals in the United States? 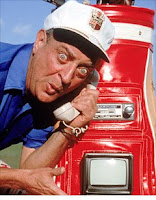 Since we have been in the mode over the past year of ‘solving’ all the ills we face such as these yawning budget deficits, health care and capping the BP Oil Volcano in the Gulf, we figured: “Why not take a swing at the bat at figuring out what to do with the illegal immigrant population in America as well?’

After all, just like every other problem we have looked at over the past year, it seems to come down to two things: 1) The insatiable appetite of modern American people to consume anything within sight at the lowest possible cost and 2) the federal budget and its limitations (if there are any, that is, any more)

We are of the mind that 90% of all problems facing us in the political sphere can be reduced to economics, religion and flat-out visceral human emotion.  We think (and hope and pray) that once people understand what the root of a problem is, progress can be made towards a reasonable, rational compromise that will at least mitigate the problem somewhat.

As to the other 10% of the problems we face, we allocate that to the almost unbelievable statistical probability that the vast majority of the 535 elected officials in Washington seem to be certifiably ‘insane’ at any given point in time.  What are the probabilities of that happening time and time again?

The basic argument on the illegal immigration issue is that 'the law is the law' first and foremost.  While we believe we have too many laws written by too many lawyers (who are trained to do what? write more laws!), we are a nation ruled by respect for the law, whatever it is at the time.

That is why this current illegal immigration problem is so vexing.  The whole metaphysical question surrounds the basic fact that up to 20 million people are now walking around town who are here illegally and basically are not playing the same game by the same rules as the other 290 million US citizens.

We share that concern.  It is like playing golf with a person who has never read the rules of golf, doesn't intend to and wouldn't play by the rules even if you read them all to him on the first tee.  He wants to enjoy the game of golf on a nice, manicured course even though he is kicking the ball out of the rough, taking mulligans, not counting all his strokes and belching and coughing during your backswing and while you are putting.

The real problem we face is this: how do we corral all 20 million illegals, ship them back to Mexico to do a 'do-over' and start to run them through the immigration portals the right way and with all their legal papers in tow?

Abraham Lincoln proposed such a solution to the 'slave problem' as late as 1858: 'Put them all on boats and ship them back to Africa."  Lincoln, at his core, would have done anything to avoid the coming Civil War he knew was brewing and keep the Union intact.

But here were his problems back then which are eerily similar to the ones we face today:

1) The cost would have been exorbitant at the time and equivalent to the entire annual US defense budget back then.  (This could easily cost over $10,000 per illegal to round up, process and send back to Mexico or up to $200 billion in our quick calculations)

2) The economy of the entire South would have collapsed like a failed souffle and they would have had to traipse to Washington for an economic bailout like the one we just had. (Have you ever paid any illegal citizen to do any yard work, remodeling or anything for you at home, school or business?  Be honest..in some cases, you might just not know for sure)

We have often wondered what the economic impact would have been during the 90’s and 2000’s so far had we not had up to these 20 million people come to the United States.  Forget the upsurge in consumption of tacos and burritos across the land by some of the very same people who are vehemently against illegals from Latin America. We have had close to 45 million abortions in this country since 1973, many of whom would be around the prime consumption period of their lives of between 25-35 years of age right now. Would the population of America have actually decreased over the last 2 decades without this surge in illegal immigrants and therefore, would we have had negative economic ‘growth’ instead of booming prosperity, (for the most part excepting the last 2 years...and counting)?

Once again, just like the BP oil spill, we can point our fingers wherever we want but that finger better be pretty darned long cause eventually, it always, always, always comes back to us as the most consumption-driven humanoids to ever populate this green earth and walk on our hind two legs.

So while it is ideologically pure to rail against the illegals, what are the practical ways we should go about dealing with the facts as they are and not what any of us wish they were or could be?

First of all, you can stop paying cash for illegal citizens to do work for you.  Anywhere.

Second, you can demand to see the green card of any person you hire to do any work for you.

Third, you can ask anyone you buy anything from if they use illegal immigrants to do any work for them.

Fourth, you can call your representatives in Congress and tell them you don’t mind having them raise your taxes to pay for the repatriation of these illegals cause we don’t have the resources to do it any more.  Wall Street and Detroit soaked up our last few remaining shekels it seems, if there were any left that is.

We are open to any suggestions or plans.  We only ask that you present solutions to the facts as they are today, not what they were 30 years ago or what you ‘wish’ they were today.

There are no easy or simple solutions.  If there were, we would have already have passed them into law. Maybe...unless the current crowd in Congress is made up of a majority of the 10% of the certifiably insane as we noted above.

As engineers are always taught to say: “Work the problem, people!  Not how we got here.”

courtesy of www.money.cnn.com
Posted by Frank Hill at 4:00 PM